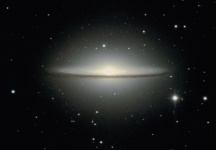 Can nothing become matter?

Astronomers have observed the universe to be expanding in all directions.
Thus, the universe must have had a beginning - it was not always there.


Q: Where did all the energy come from, to create the universe? 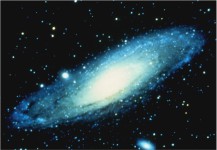 Evolution cannot explain where all the energy originally came from. There was nothing, and it exploded? Nothing does not explode, let alone create vast amounts of matter. 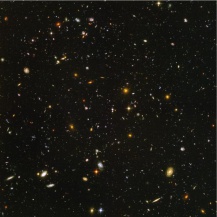 The Hubble Space Telescope was launched in 1990 to gain a better understanding of the universe.
They decided to take a photo of "empty" deep space, to see if anything was there.
After taking photos (million second time-delay to capture the faintest specks of light way off in the distance) they were surprised to see what appeared to be "empty" ultra deep space, was actually jammed packed full of distant stars & galaxies.
Therefore, the pre-1990 estimate of the size of the universe, had to be increased by one trillion times (x 1012).

The universe is finite in size, but beyond our ability to measure.

The external source Who created the universe, must be God.


Answer: Matter cannot form by itself, from nothing.

Back to home page